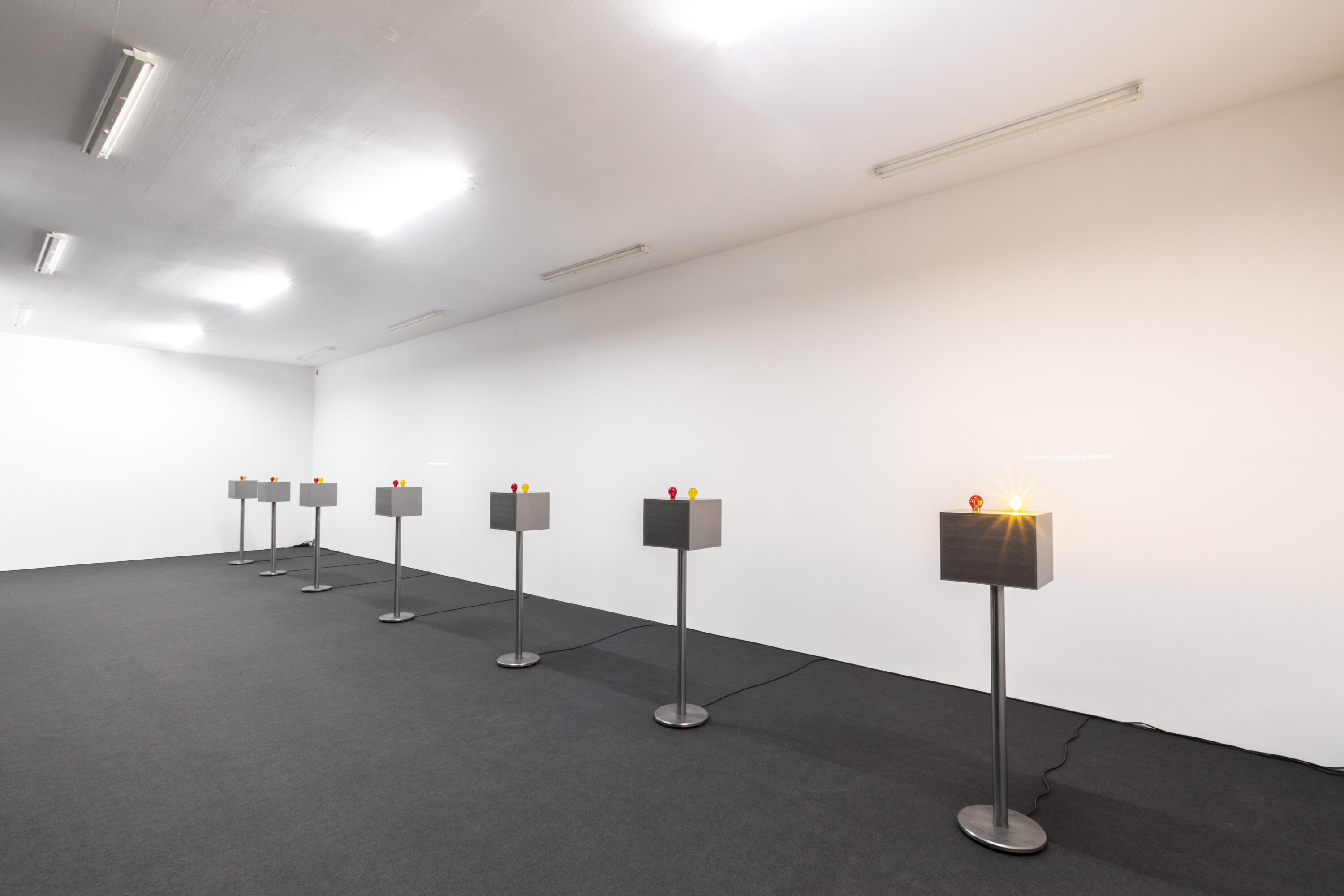 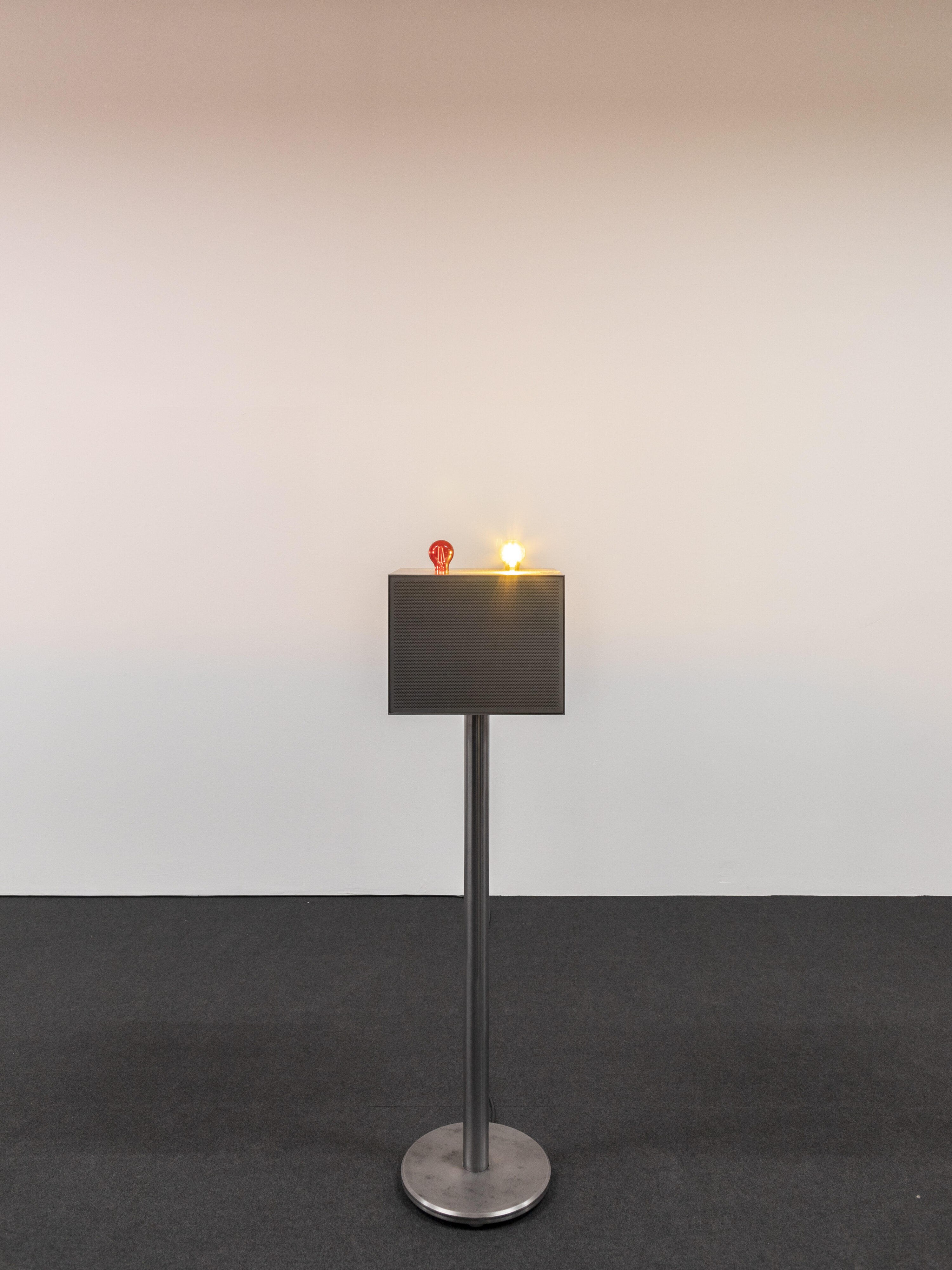 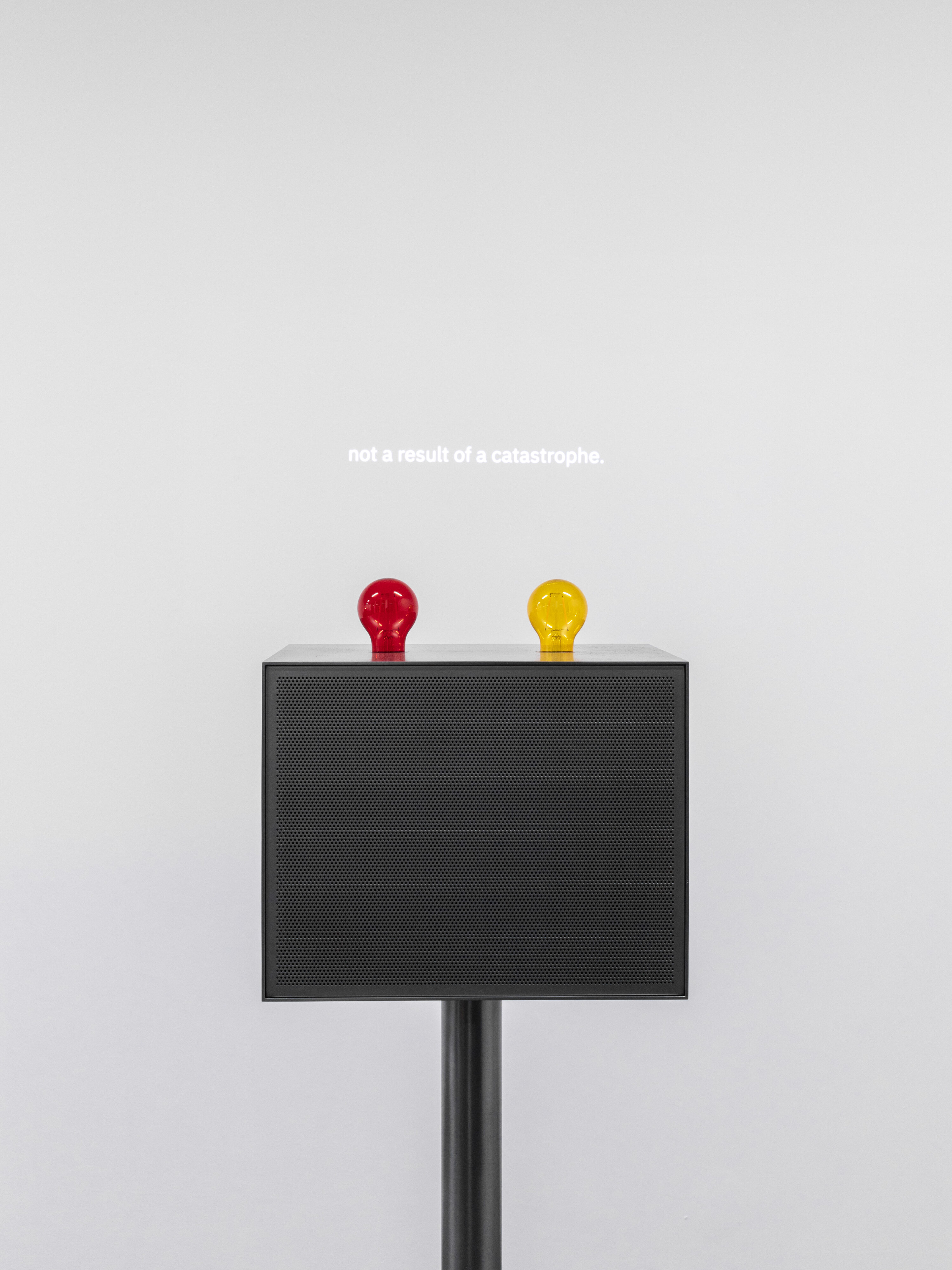 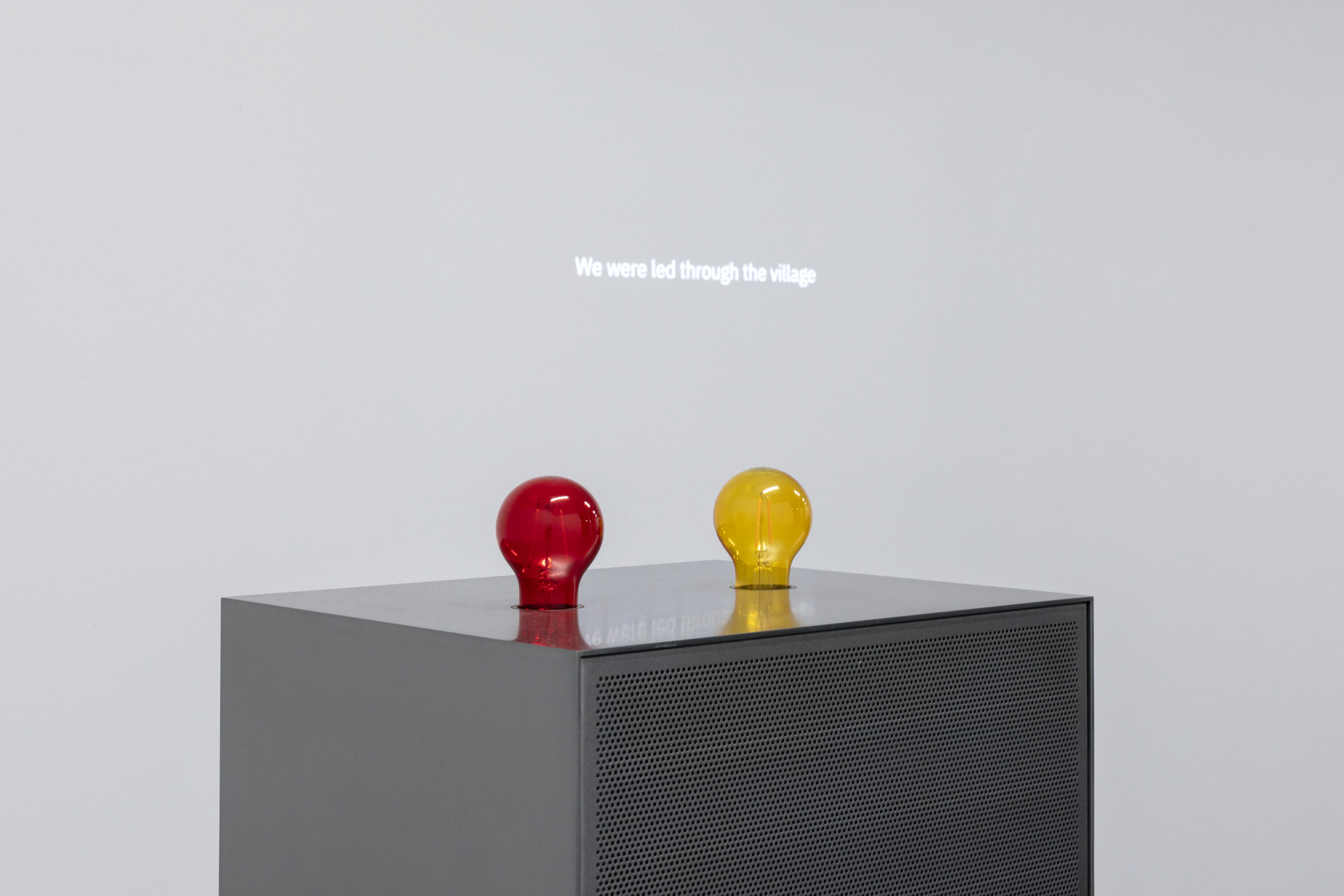 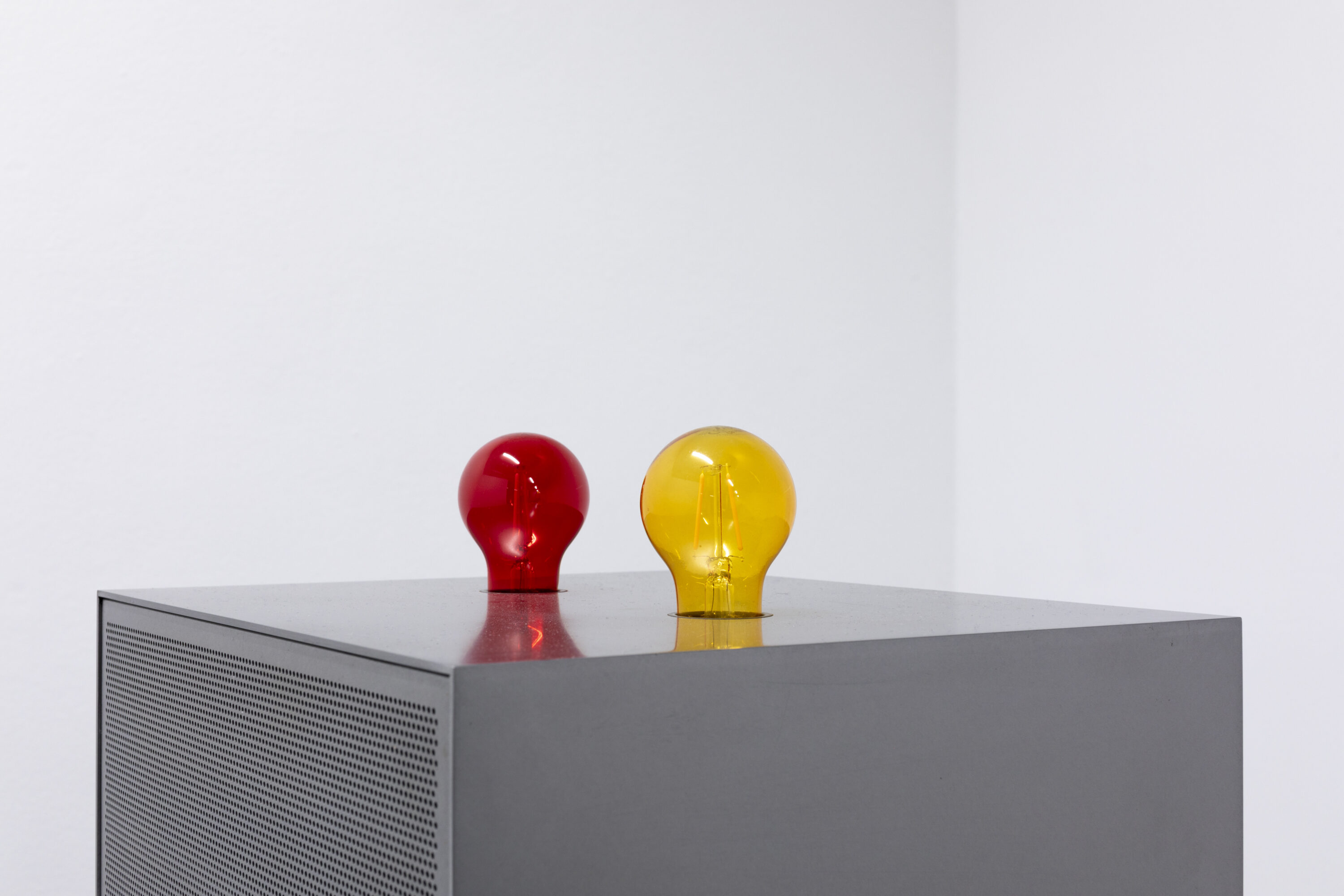 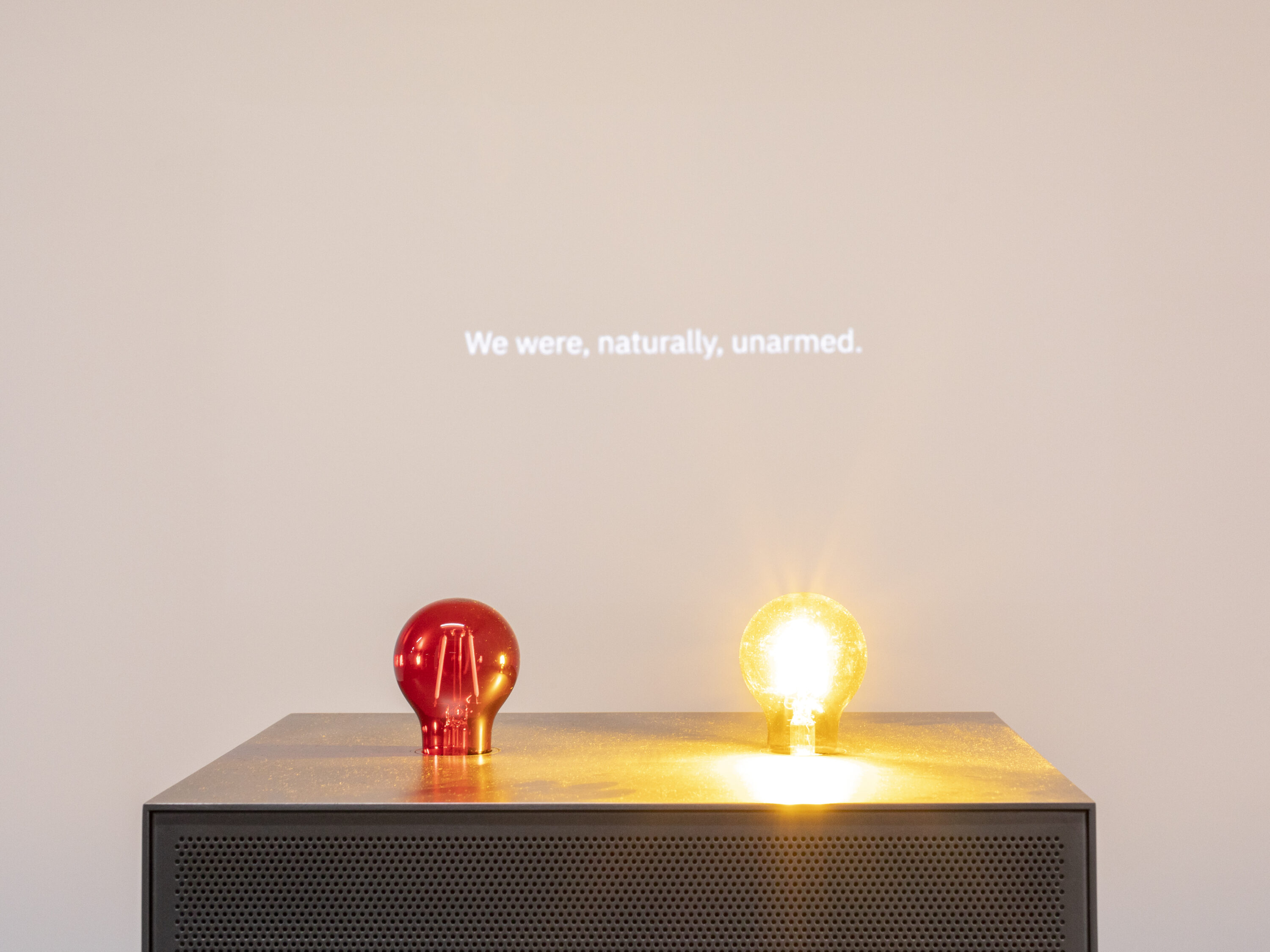 With The Witness-Machine Complex Turner Prize winner Lawrence Abu Hamdan examines the role of the simultaneous translators and the then-novel electronic acoustic infrastructure deployed to enable their work at the Nuremberg Trials in 1945/6. Allowing the International Military Tribunal to take place in Russian, French, German, and English simultaneously, the work of the translators and their apparatus set precedent for subsequent international legal procedures. Abu Hamdan’s installation at the Kunstverein Nürnberg invokes this technological architecture and the now inextricable relationship between testimony and technology.

There are no intentional recordings of the translators’ physically and emotionally demanding labor, listening and speaking simultaneously throughout the trials. The translators themselves do not appear directly in filmed footage of the trial either. Instead, their presence was only indicated by yellow and red flashing lights. Built into the witness stand and the prosecutor’s podium, these became the sole instruments of the translator’s communication with the court. As speech flowed through the electronic infrastructure, a single flash of yellow light signaled to “speak more slowly,” while three yellow pulses indicated that speakers should raise their voice. One red flash requested that a sentence need repeating for comprehension. In any of these moments, the meaning of the lights would occasionally necessitate explanation to the witnesses.

When cross-referencing the transcripts with the scarce footage from the trials in which the lights flash, it becomes evident that such moments are no longer present in the written record. Without these breaks of language in negotiation, the proceedings appear to flow seamlessly from voice to voice. In Abu Hamdan’s installation yellow and red lights reenact the historic flickers to the sound of seven such incidents. In one, a yellow flash derails the train of thought, causing a minute of silence in the testimony of the witness Jacob Grigoriev. To no avail, members of the court prompt and plea for him to continue. In another instance, the accused and later convicted Reichswirtschaftsminister Walther Funk accelerates his testimony in defiance of the translation process as the lights rapidly contest his pattern of speech. In sharp contrast, Marie-Claude Vaillant-Couturier, a member of the French Résistance apologizes when she is interrupted by a flashing light. Speaking slowly, in paced staccato, and emphasizing each syllable from then on, a dissonance appears between the extreme violence Vaillant-Couturier describes and her intonation which is tuned to the demands of the court.

The exhibition also contains a video of Abu Hamdan’s performance A Thousand white Plastic Chairs (2020) at the Gray Art Center at the University of Chicago. In darkness, the artist subjects his own speech to the red and yellow rhythm of a similar translation system, where bursts of light both direct and disrupt his language and thought process. Here, the performance echoes the pace of the translation machine, where words can travel through copper wires at 4600 m/s in seeming real-time, in obvious asymmetry to the speed of human cognition and its ability to process and verbalize simultaneously.

The text of the performance situates the technology of the Nuremberg Trials within the broader context of witnessing and testimony since 1945, suggesting that the true capacity to bear witness is measured not only through acts of coherent testimony and seamless speech, but also by the very ineffability of what is witnessed – the emotional and unspoken resonance of memory.

The Witness-Machine Complex was produced on invitation by the Kunstverein Nürnberg. A Thousand white Plastic Chairs was first performed at the Gray Center of Art and Inquiry at the University of Chicago. Kunstverein Nürnberg would like to thank the International Court of Justice, Den Haag, and its archive for providing the historic material. The exhibition was made possible by the generous support of N2025 and Galerie Sfeir-Semmler, Hamburg/Beirut.

Lawrence Abu Hamdan, born 1985 in Amman, Jordan, currently lives and works in Dubai (UAE). In 2019, Abu Hamdan received the Turner Prize alongside Helen Cammock, Oscar Murillo, and Tai Shani. Recent exhibitions include, amongst others, Secession, Vienna (2020), the 58th Venice Biennale (2019), Tate Modern Tanks, and Chisenhale Gallery (both London, 2018), Hammer Museum, Los Angeles (2018), Moderna Museet, Stockholm (2017), Centre Pompidou, Paris and Portikus, Frankfurt a.M. (both 2016). The artist’s audio investigations have been used as evidence at the UK Asylum and Immigration Tribunal and as advocacy for organisations such as Amnesty International and Defence for Children International, together with fellow researchers from Forensic Architecture.

The Kunstverein Nürnberg is supported by: 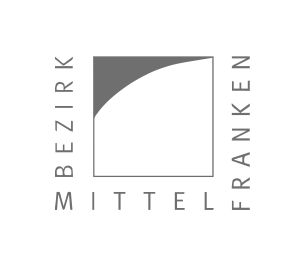 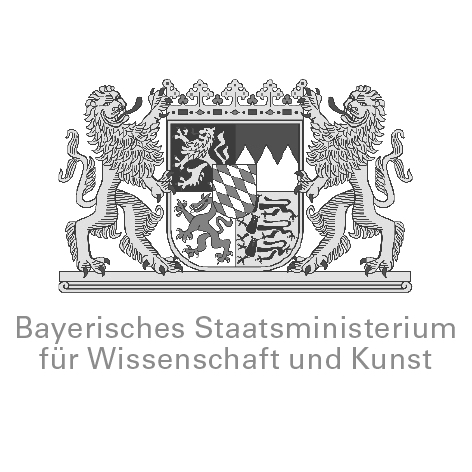