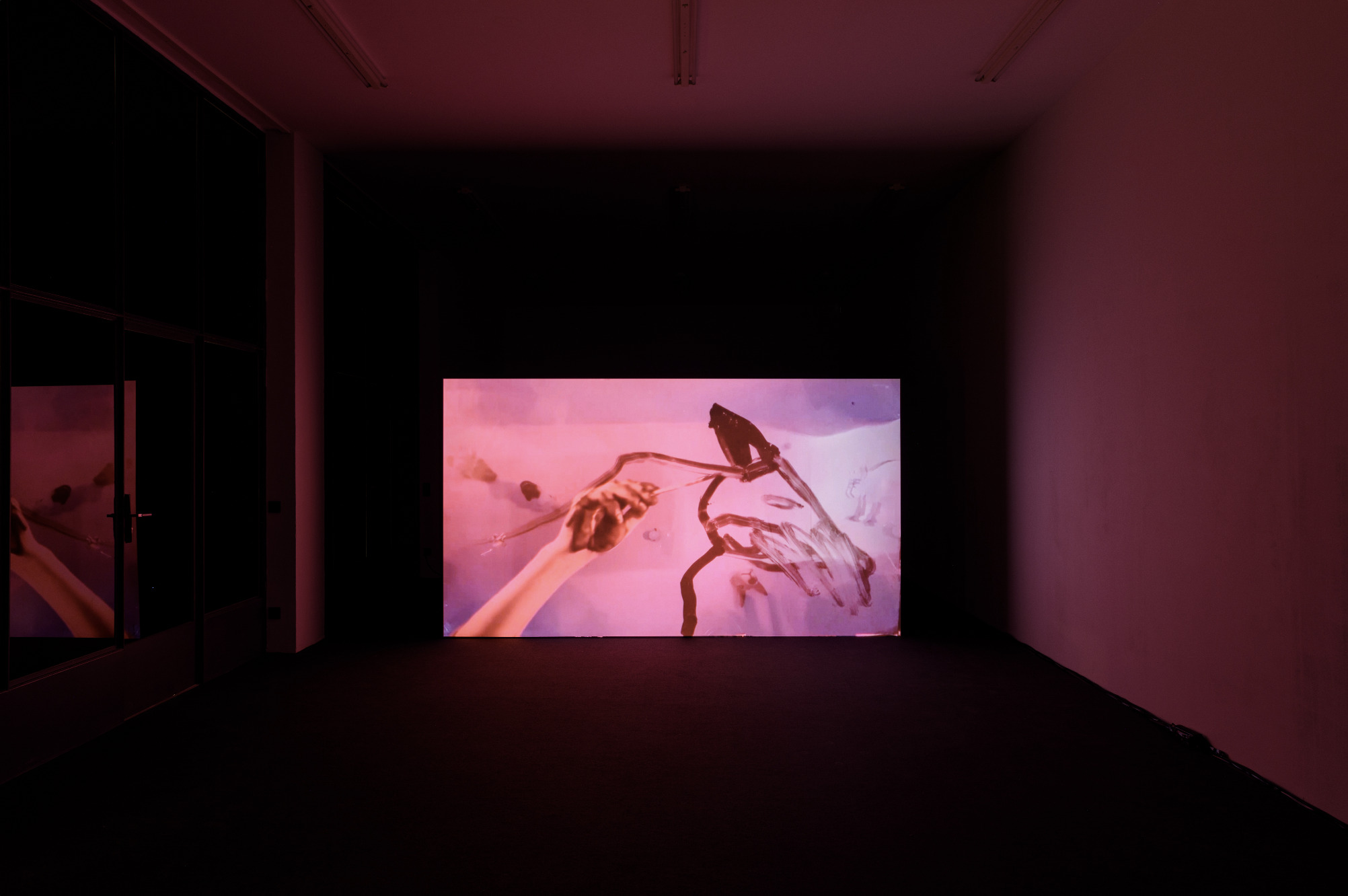 We would like to invite you to an Artist Talk (Online) accompanying the first European institutional solo exhibition “Feral Domestic“ by Dani and Sheilah ReStack. The artists, in conversation with author Maggie Nelson, and artists Fox Hysen and Molly Zuckerman-Hartung will be discussing motives and their respective practice in relation to their completed trilogy of films “Strangely Ordinary This Devotion“ (2017), “Come Coyote“ (2018), and “Future From Inside“ (2021), currently on view at Kunstverein Nürnberg.

„Feral Domestic” serves as a proposal for alternative forms of inhabitation of domesticity. The trilogy suggests that love, queer desire, fantasy, collaboration, friendship and new family forms can become overlapping sites of resistance to patriarchal structures. Loosely based on a narrative about lesbian witches who can endow children with capacity to live without water, it features both staged and documentary footage from the artists’ lives. Held together in montages relying on a haptic logic of color, shape and sound, the interweaving of styles in Feral Domestic allow the viewer to be alive to banal and imagined possibilities of both planetary and personal survival in the age of climate change.

Fox Hysen is a painter born in San Rafael, CA. She currently lives in Norfolk, CT where she also runs an artist residency called Greenwoods, 2058. Solo exhibitions include Soloway Gallery in Brooklyn, Gallery 16 in San Francisco, Lehtinen Galerie in Berlin, The Suburban in Milwaukee Wisconsin and Marcello Marvelli Gallery in New York. Hysen has been part of numerous group shows including, among others, Capital and et al. in San Francisco, Basilica Hudson, New York, Kunsthaus Bregenz, Kunstraum Kreuzberg/Bethanien, Silberkuppe, Basso, all in Berlin. She was the recipient of the 2016 Tournesol award for painting by the Headlands Center for the Arts in Sausalito, CA, and is the 2022 Frederick Hammersley Visiting Artist for 2022. She has an upcoming solo show at Below Grand Gallery in NYC and is currently represented by the gallery. Her upcoming book Painting/Dirt is a collection of four lectures given at the LeRoy E. Hoffberger School of Art at MICA in 2021.

Maggie Nelson is the author of several acclaimed books of poetry and prose, most recently the national bestseller On Freedom: Four Songs of Care and Constraint (2021). Her other titles include The Argonauts (2015); The Art of Cruelty (2011), Bluets (2009), The Red Parts (2007), Women, the New York School, and Other True Abstractions (2007), and Jane: A Murder (2005). She writes frequently about art, and in 2016 was the recipient of a MacArthur “genius” Fellowship. Currently she teaches at the University of Southern California and lives in Los Angeles.

The collaborations of Dani & Sheilah ReStack have been shown at the 2017 Whitney Biennial, Iceberg Projects Chicago, Toronto International Film Festival, The Lyric Theater, Carrizozo, NM, Leslie Lohman Project Space, NY, Gaa, MA and The Columbus Museum of Art, OH. They have received grants from the Canada Council for the Arts, and the Ohio Arts Council. They have been residents at The Headlands in Marin County and the MacDowell Colony.

Molly Zuckerman-Hartung is a painter, writer and teacher who grew up in Olympia, Washington and participated in Riot Grrrl in her formative years. Exhibitions include The Museum of Contemporary Art in Chicago, The Walker Art Center in Minneapolis, The 2014 Whitney Biennial, The Program at ReMap in Athens, Greece, Kadel Willborn in Karlsruhe, Germany and many others. In 2013 she received a Louis Comfort Tiffany Award. She is a frequent guest lecturer at schools including Princeton University, The University of Texas at Austin, Cranbrook, University of Alabama, the School of the Art Institute of Chicago Low Residency Program, and Columbia University. Zuckerman-Hartung has a mid-career survey exhibition at the Blaffer Museum in Houston this Fall. She is represented by Corbett vs Dempsey in Chicago and Rachel Uffner Gallery in NYC.