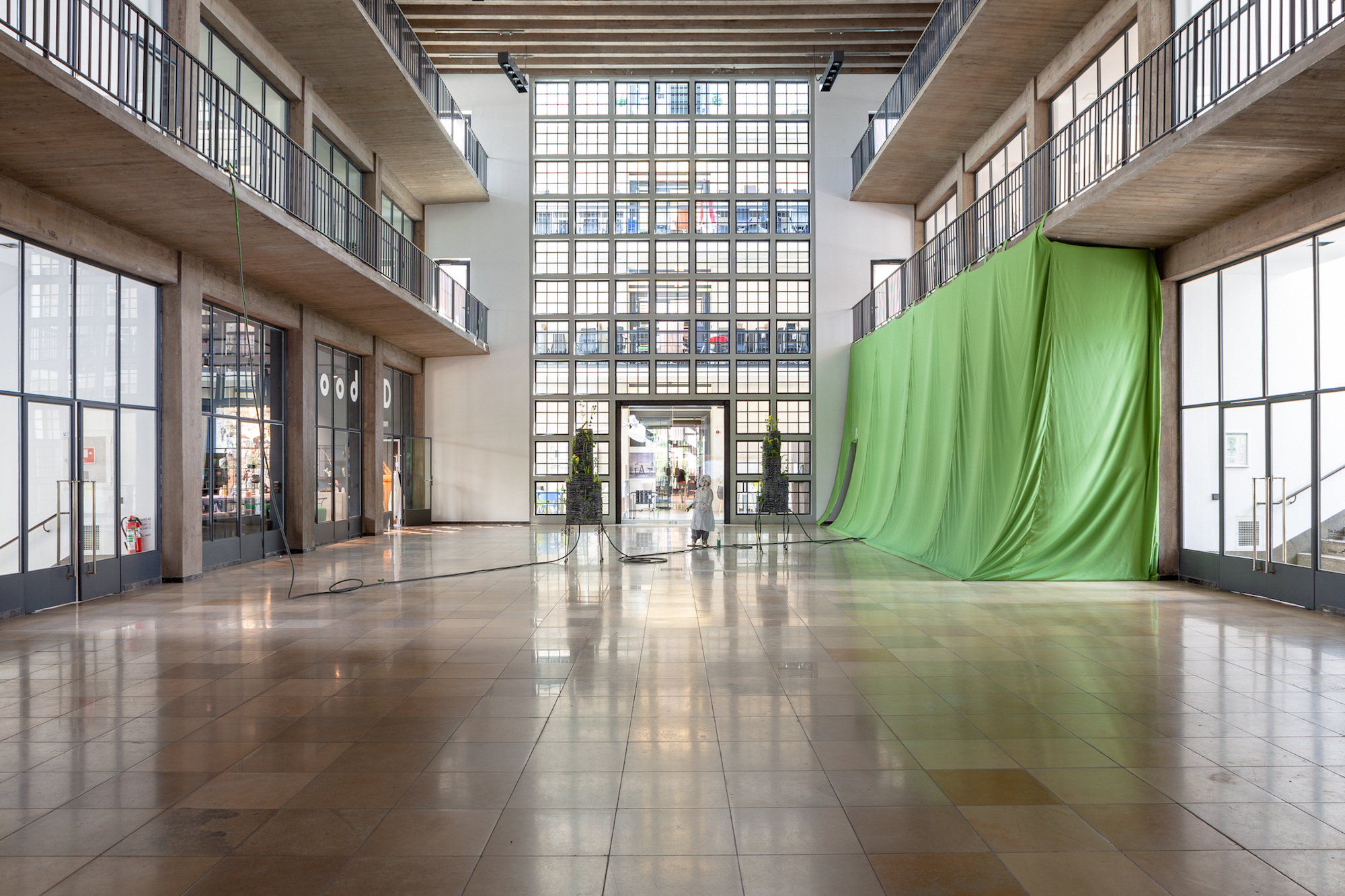 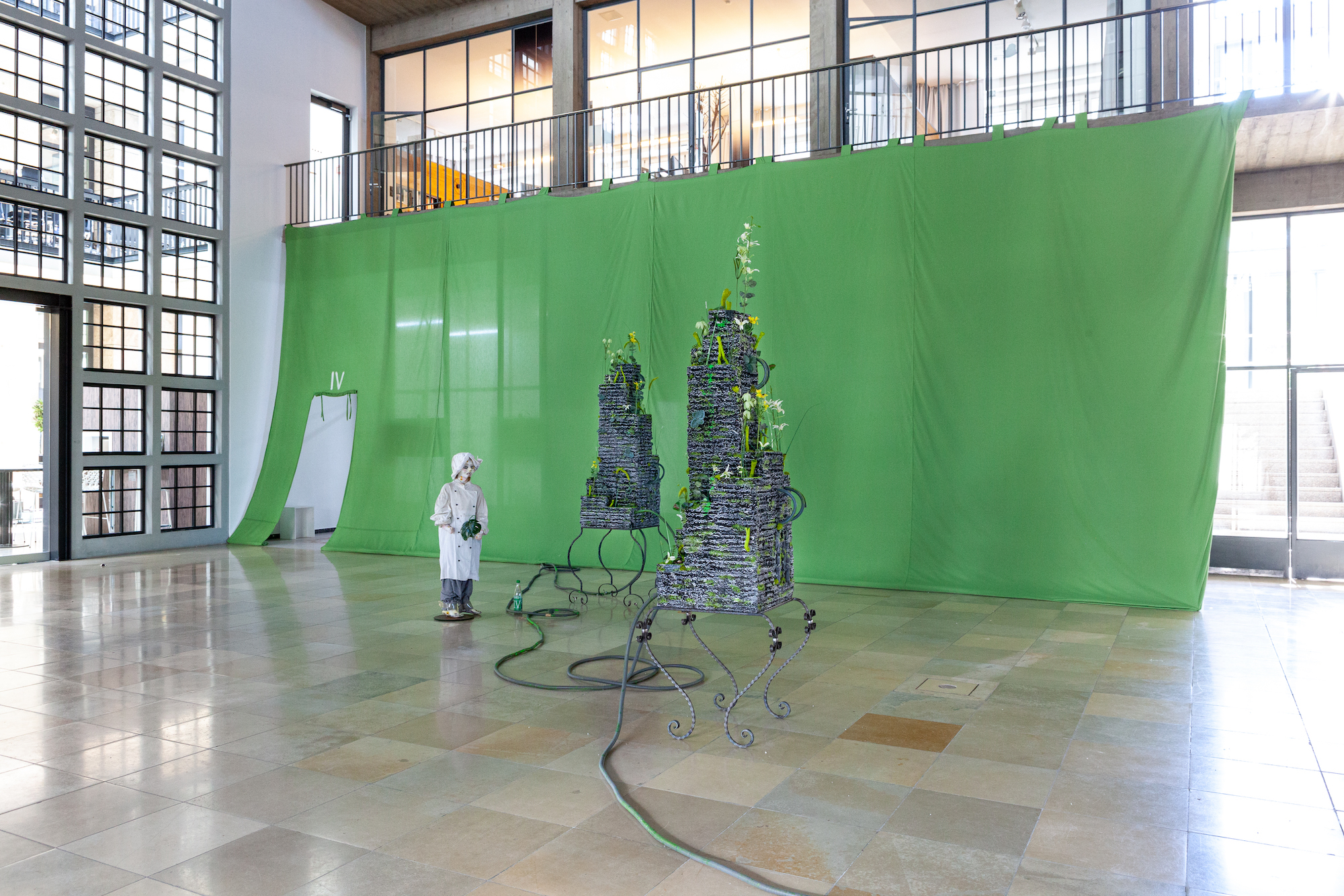 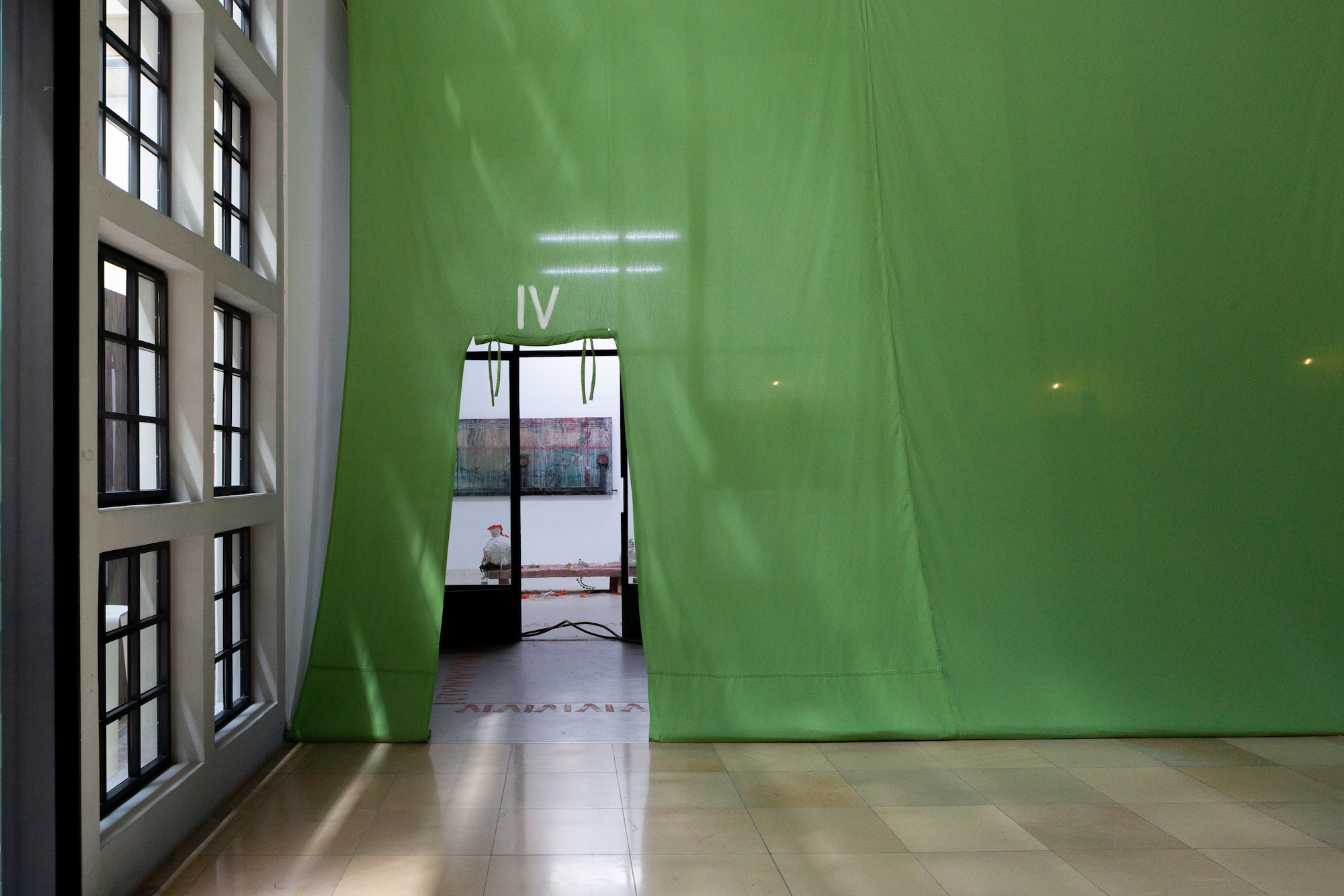 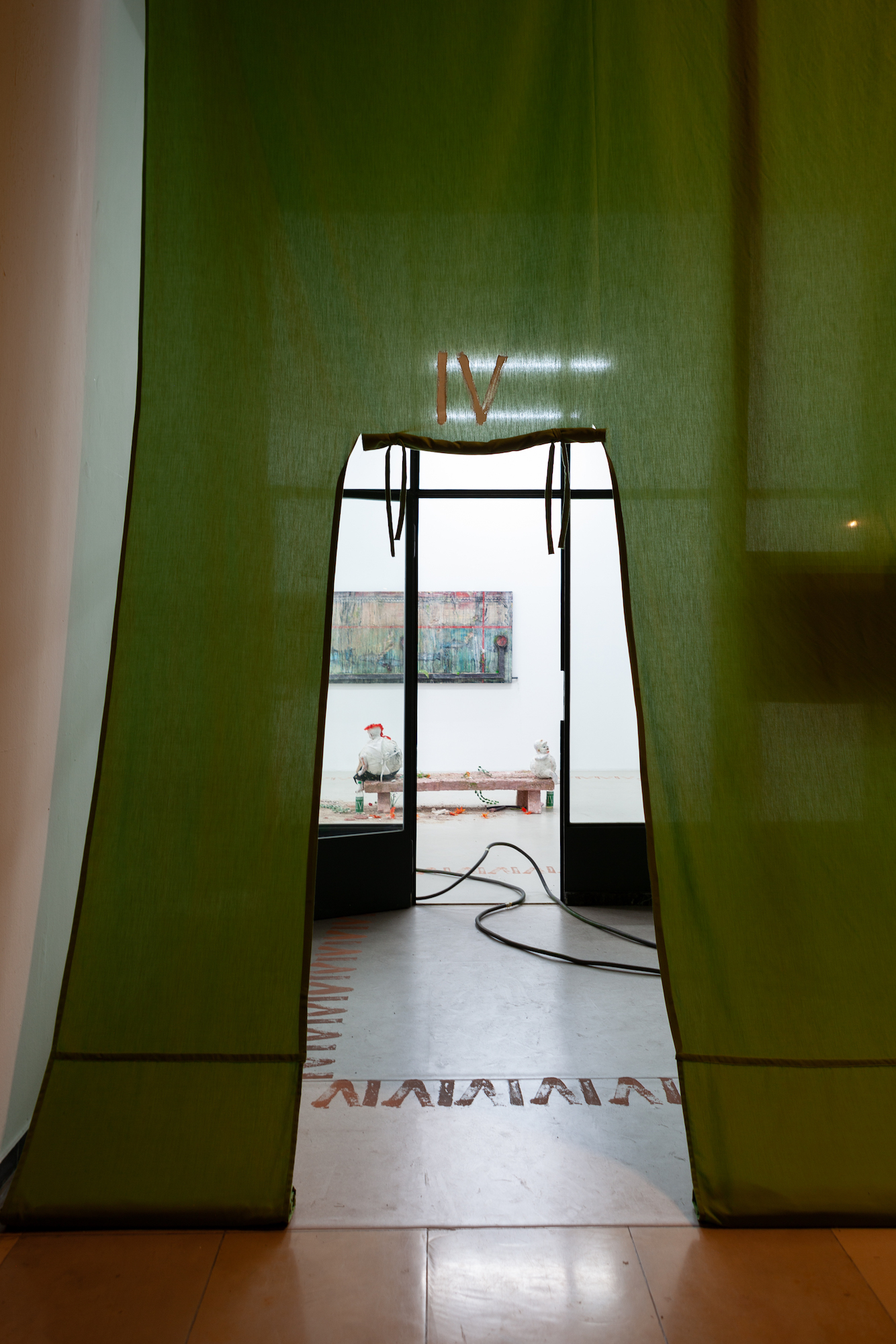 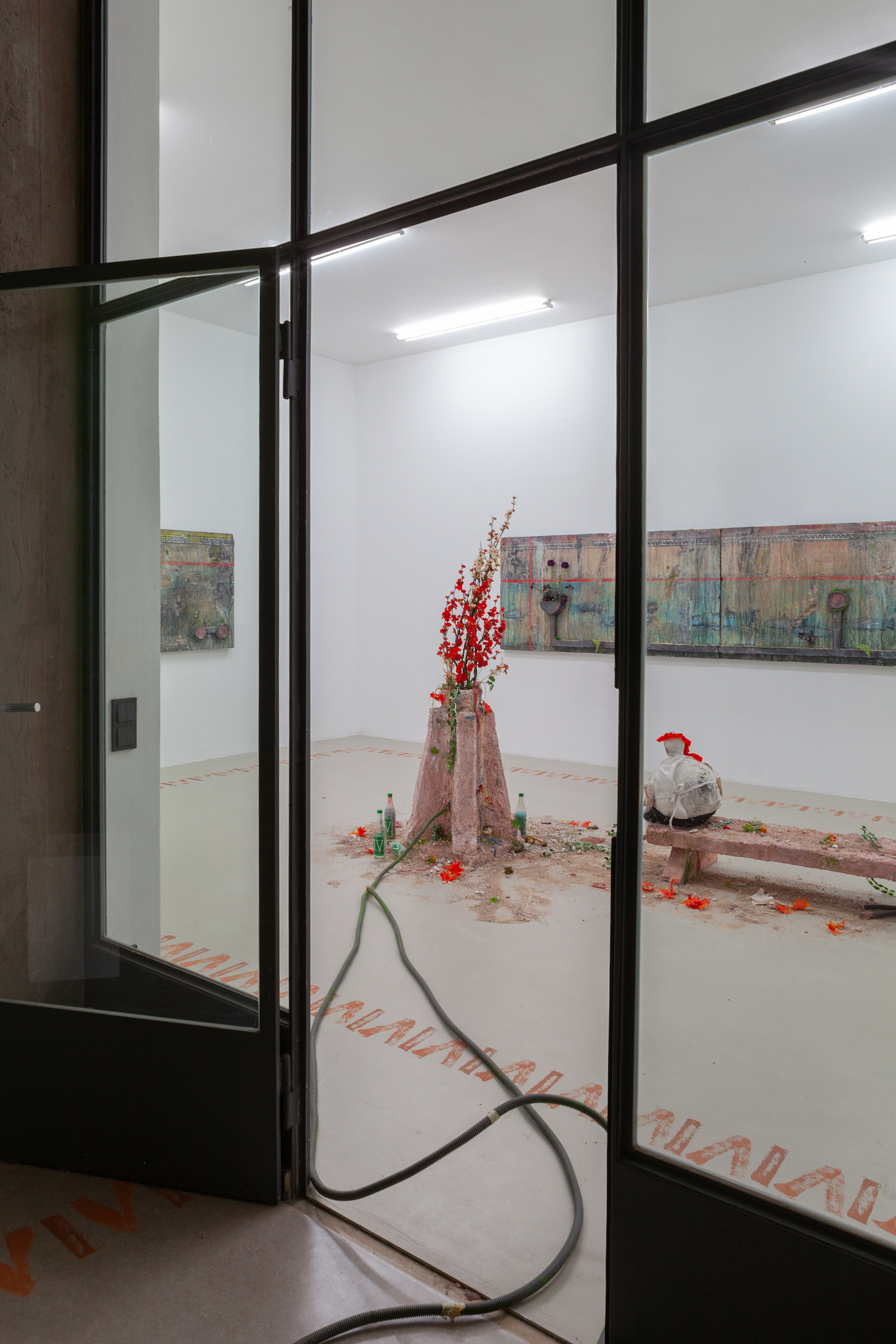 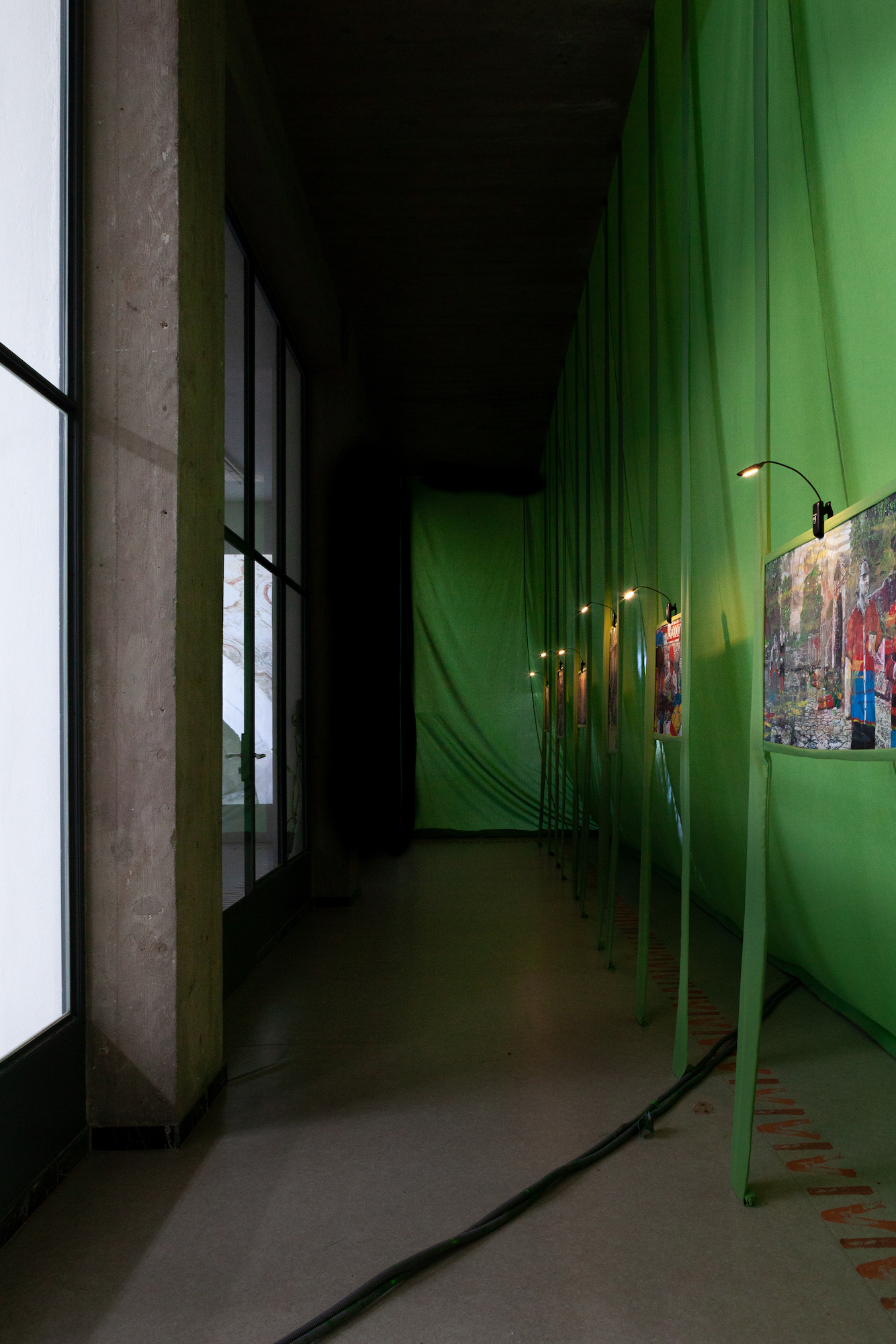 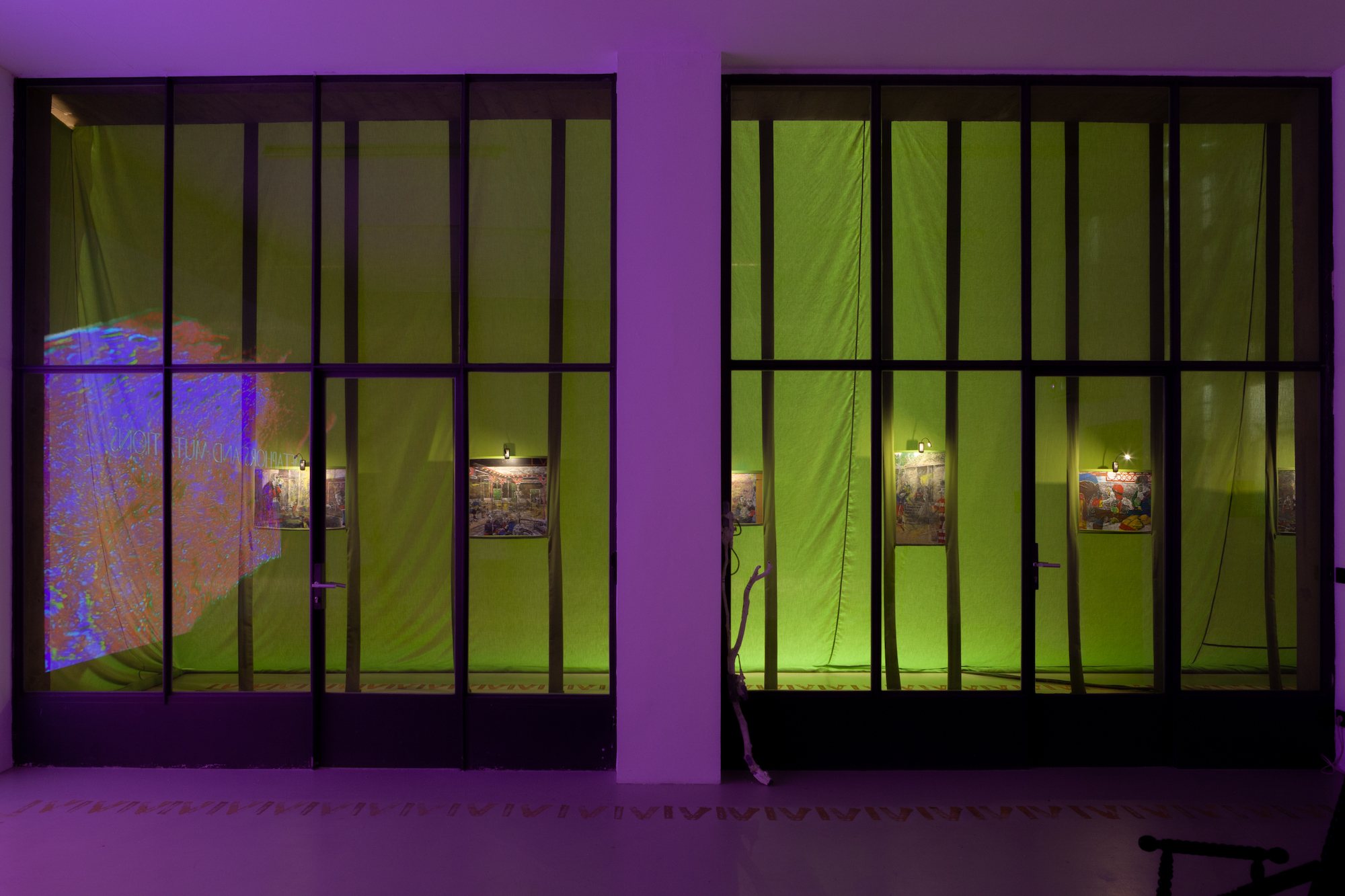 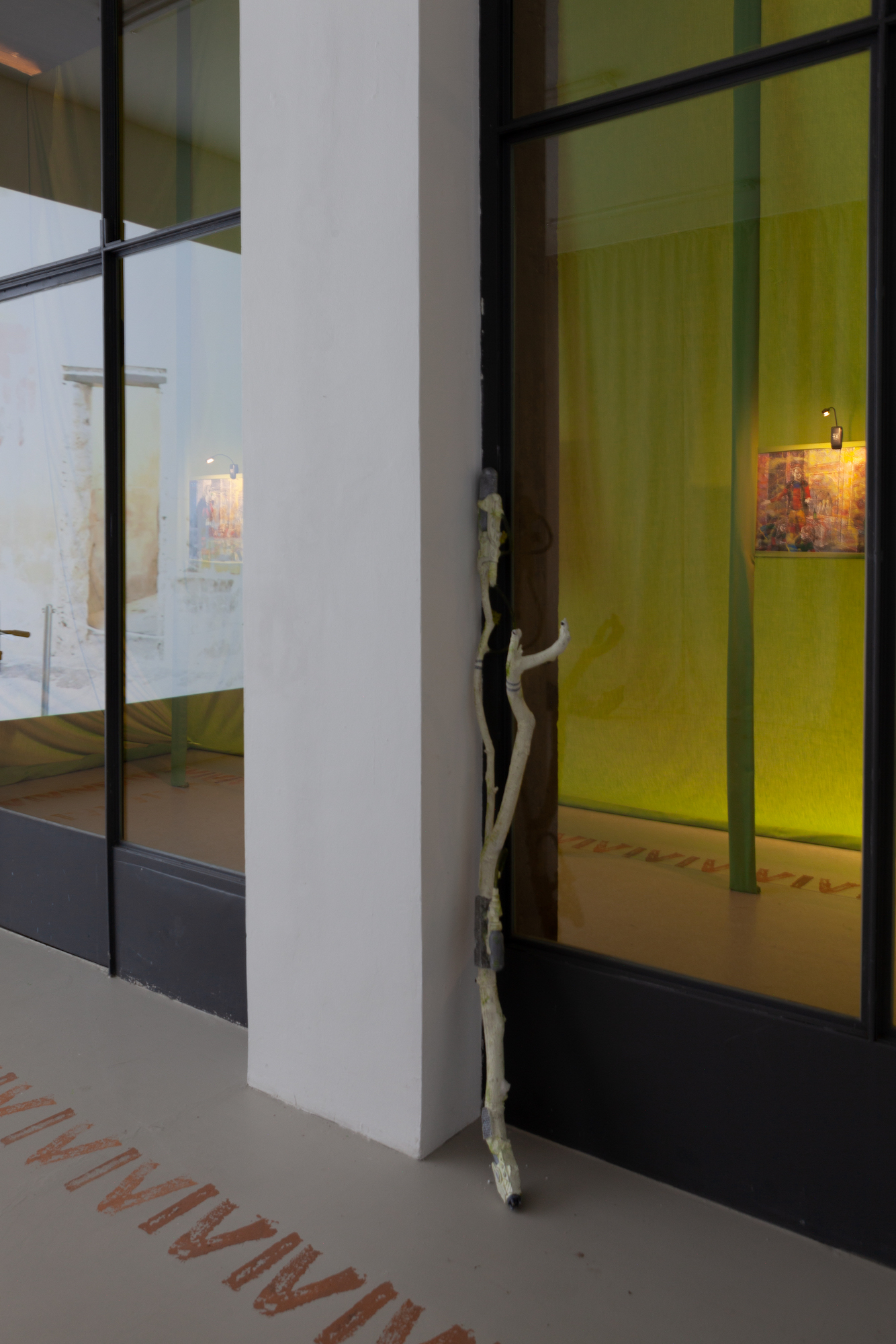 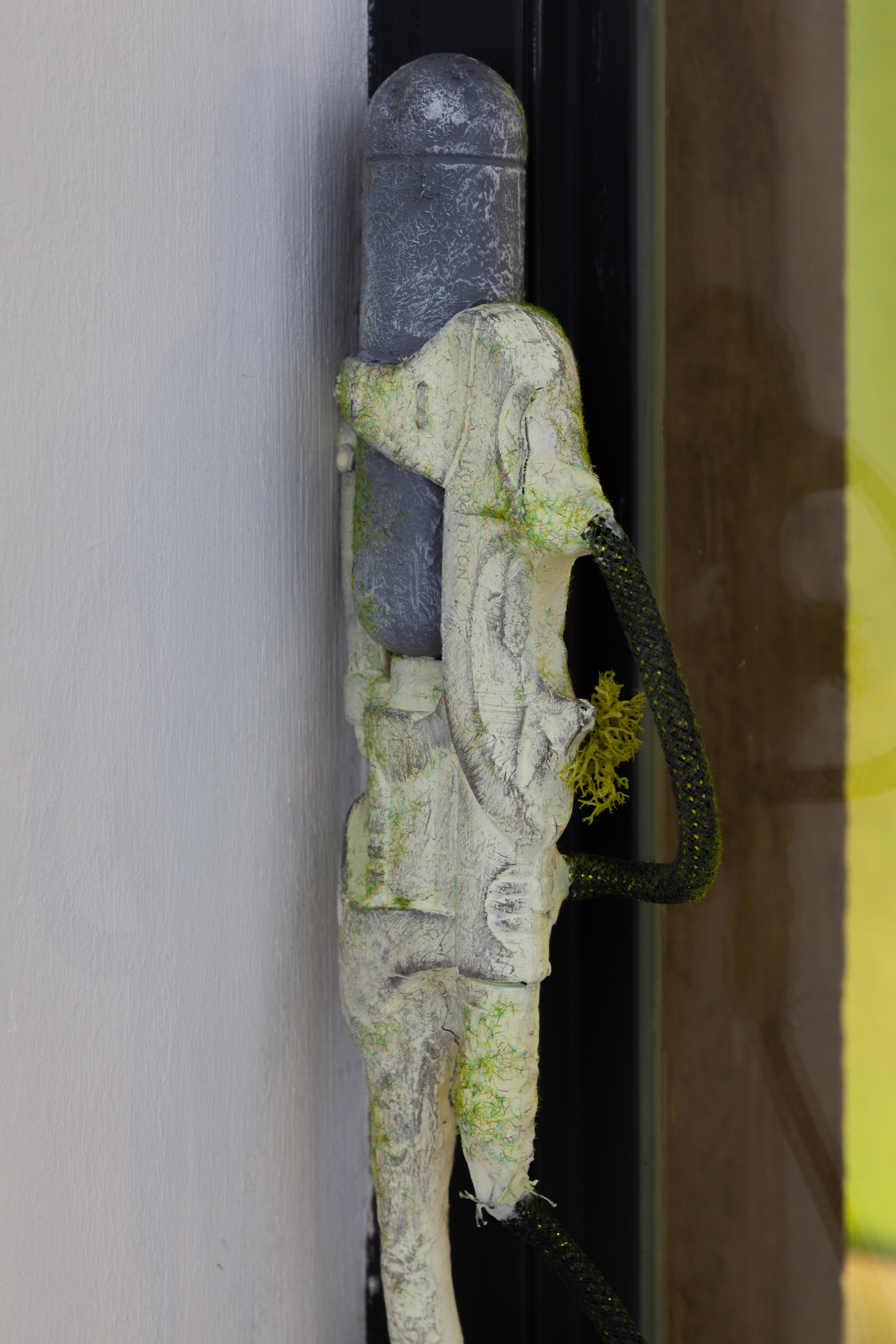 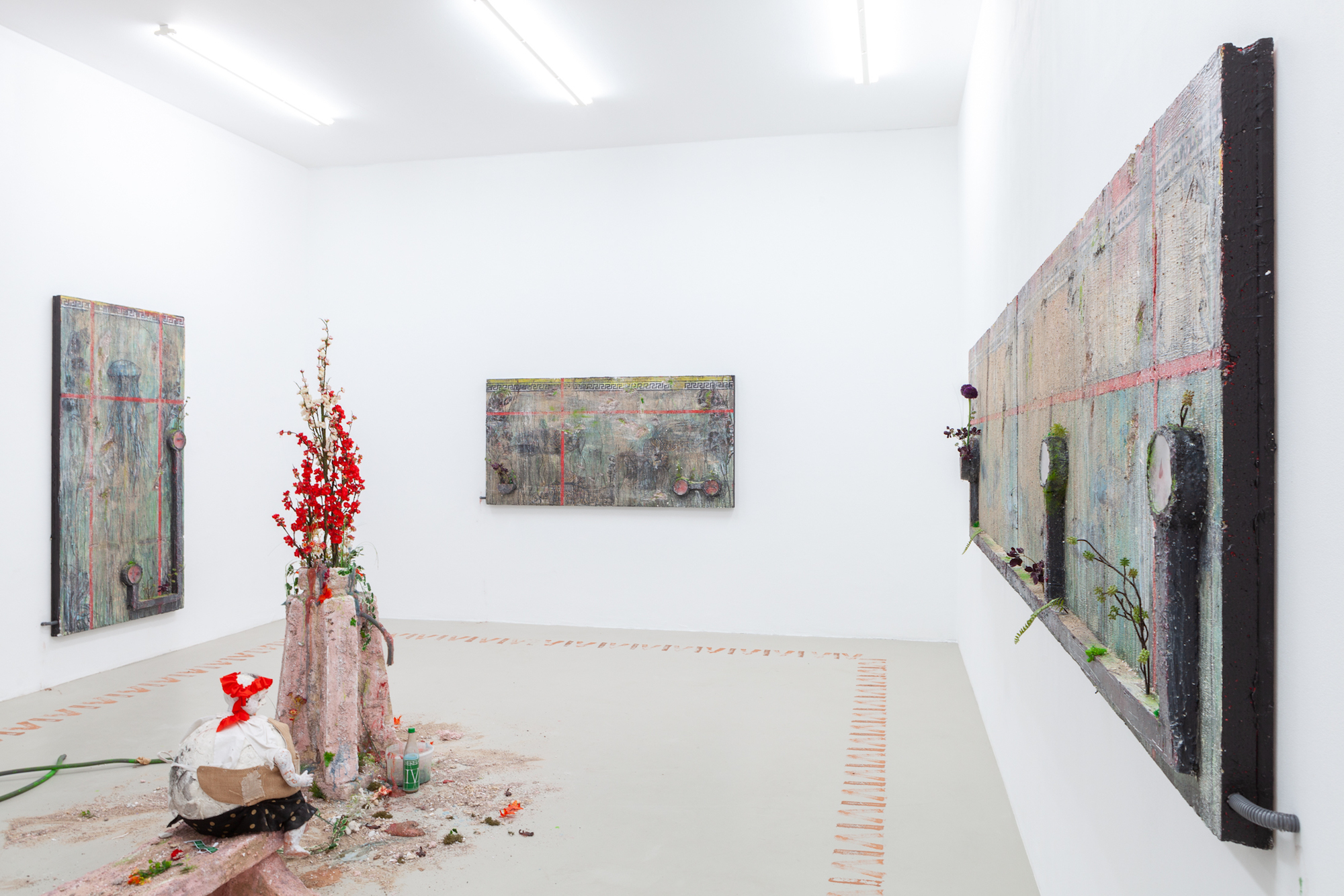 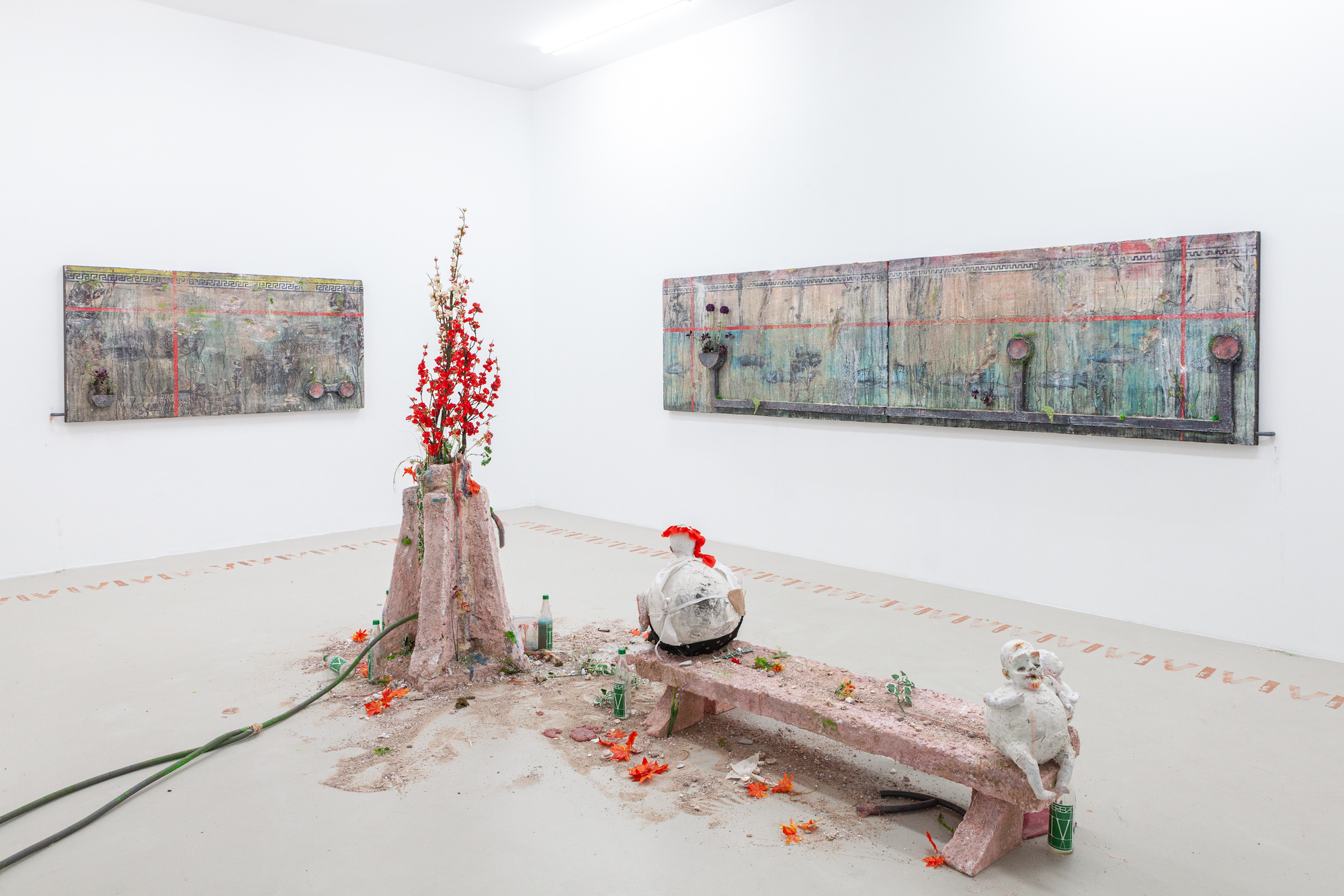 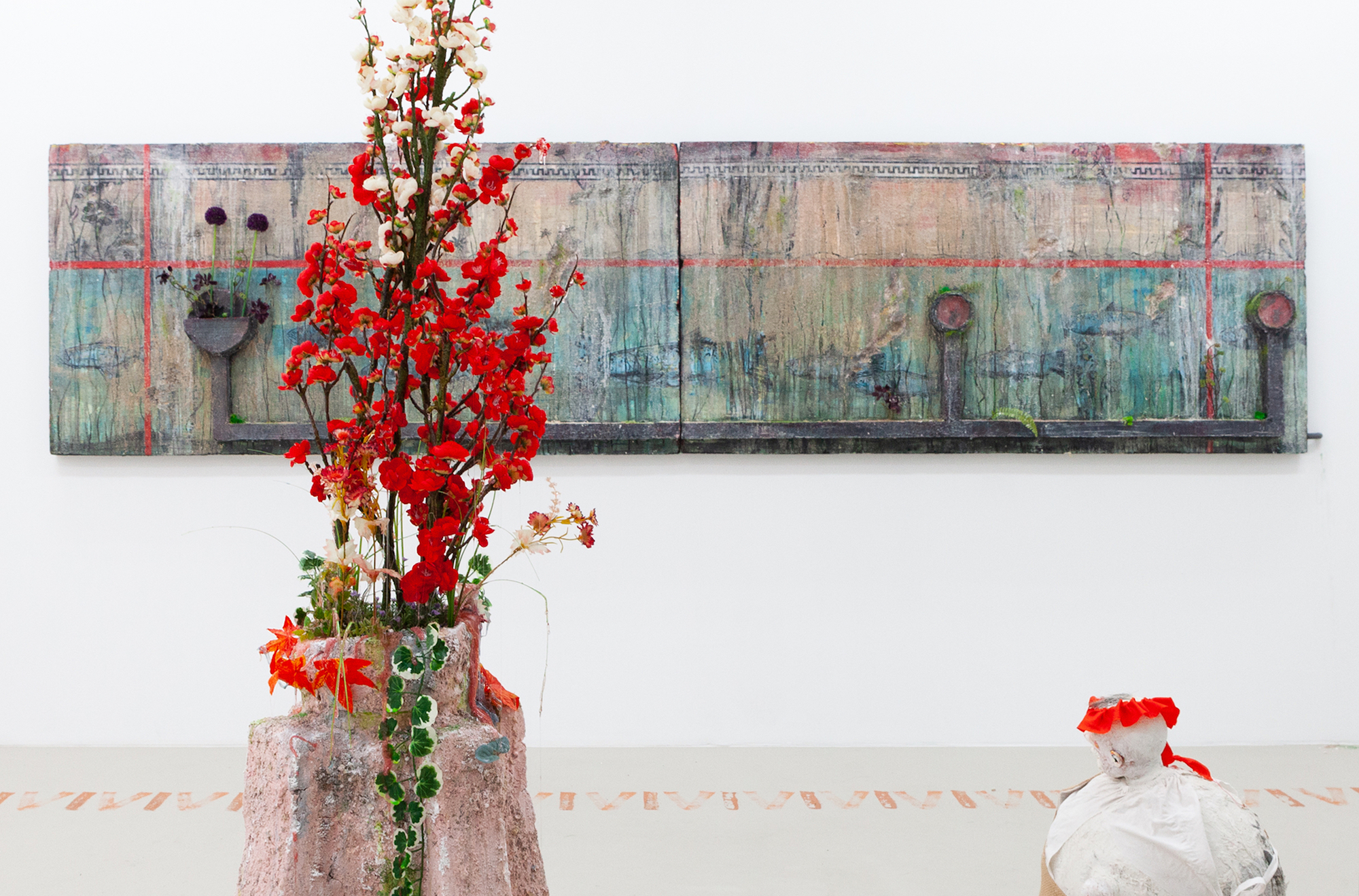 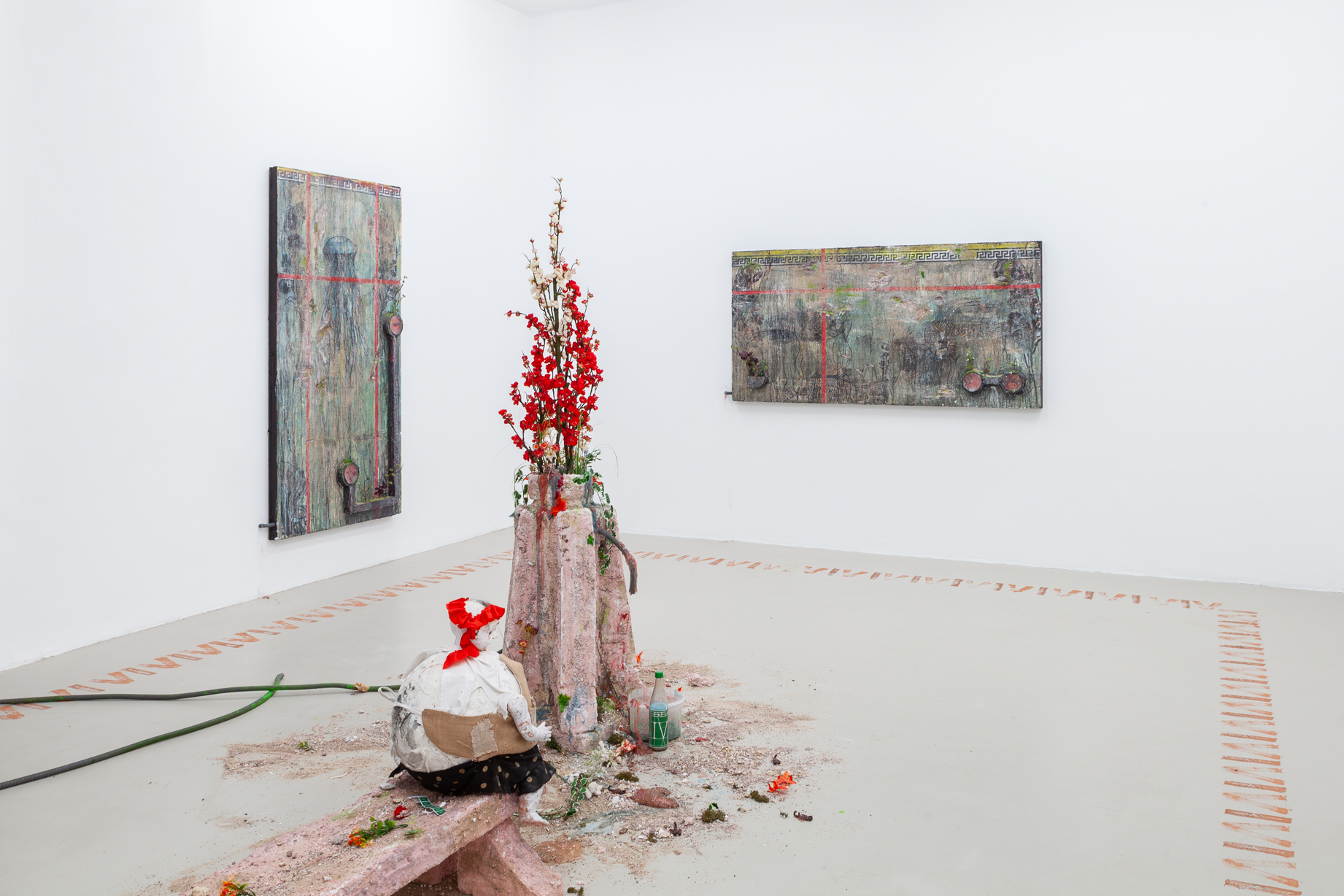 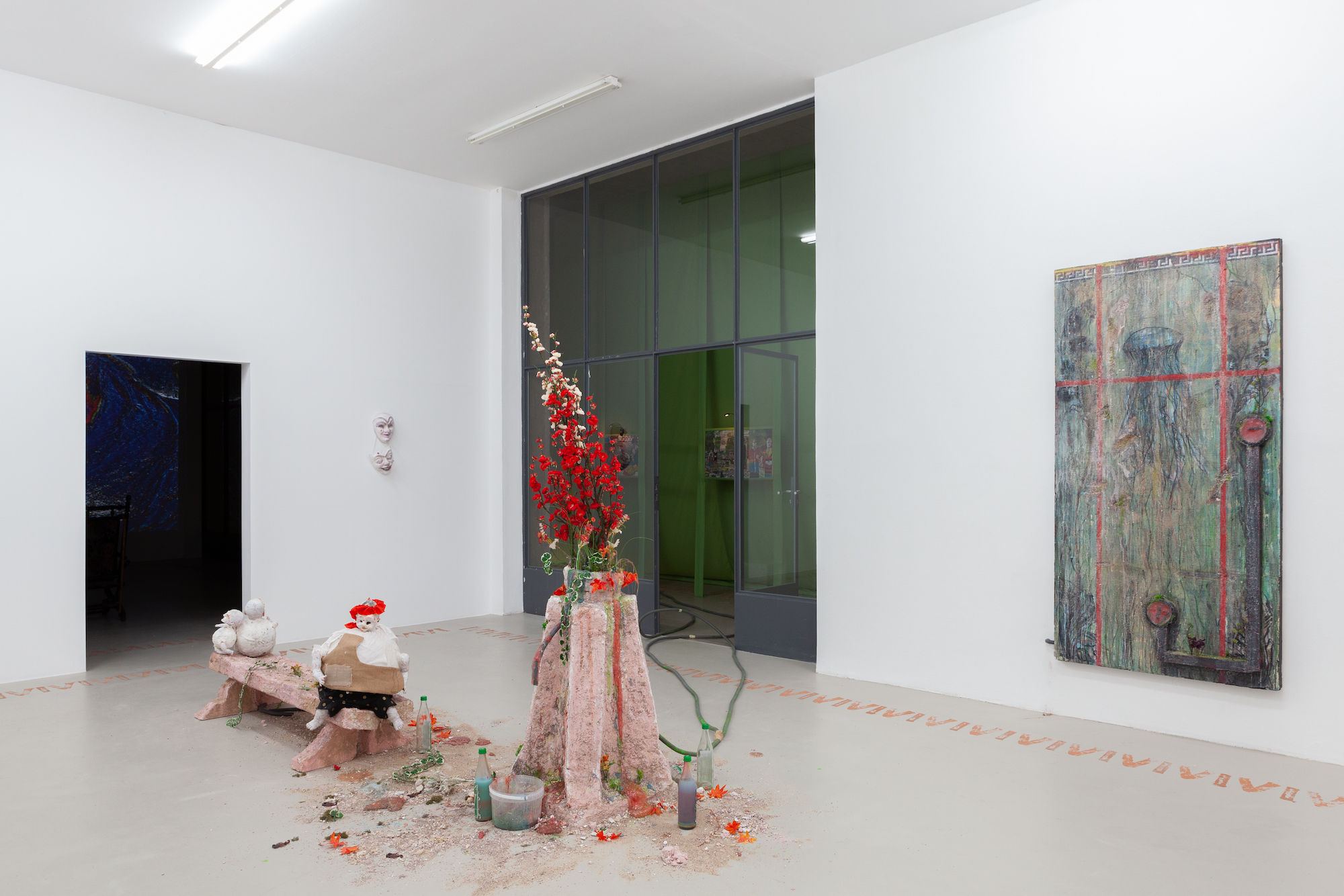 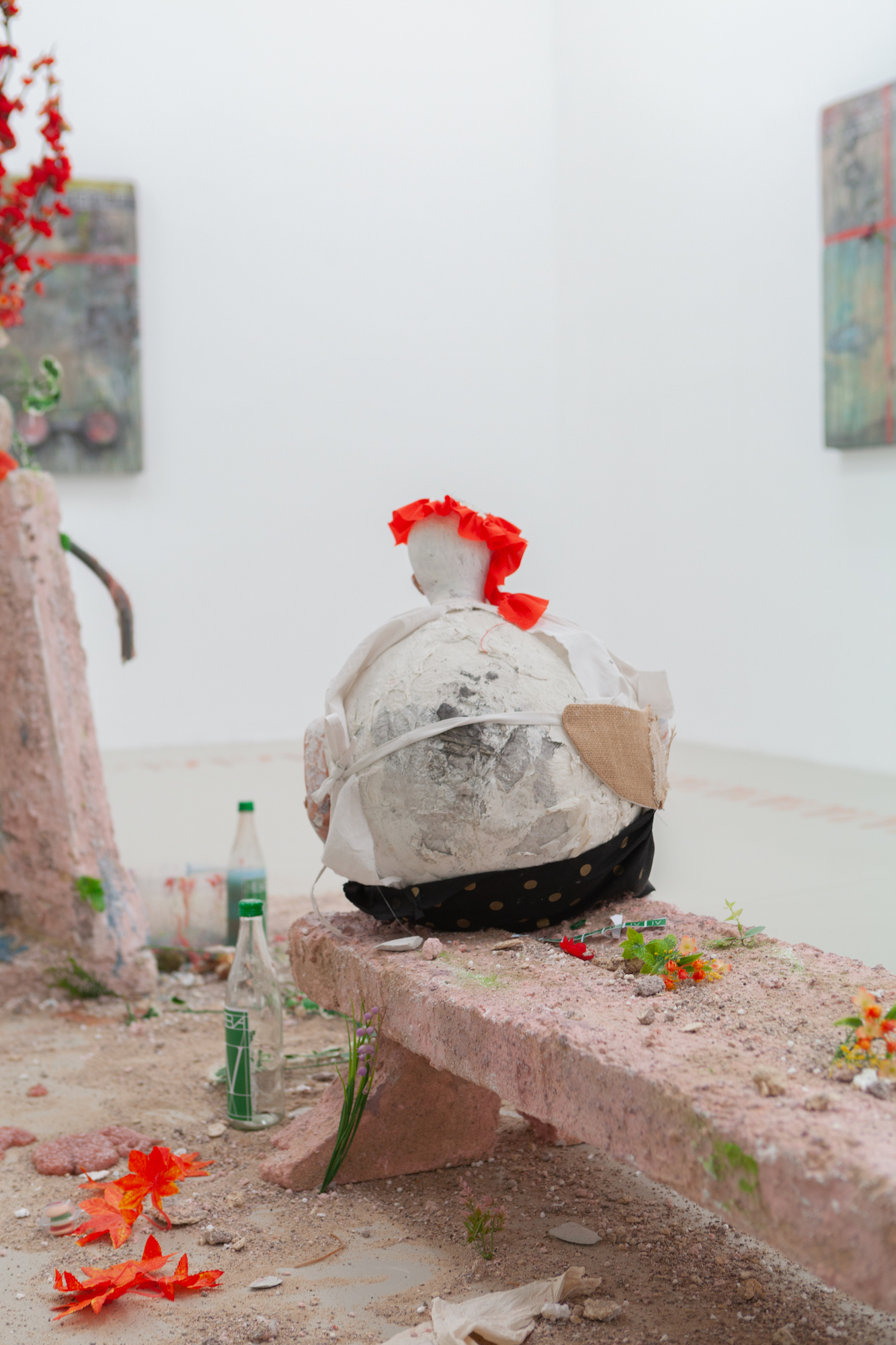 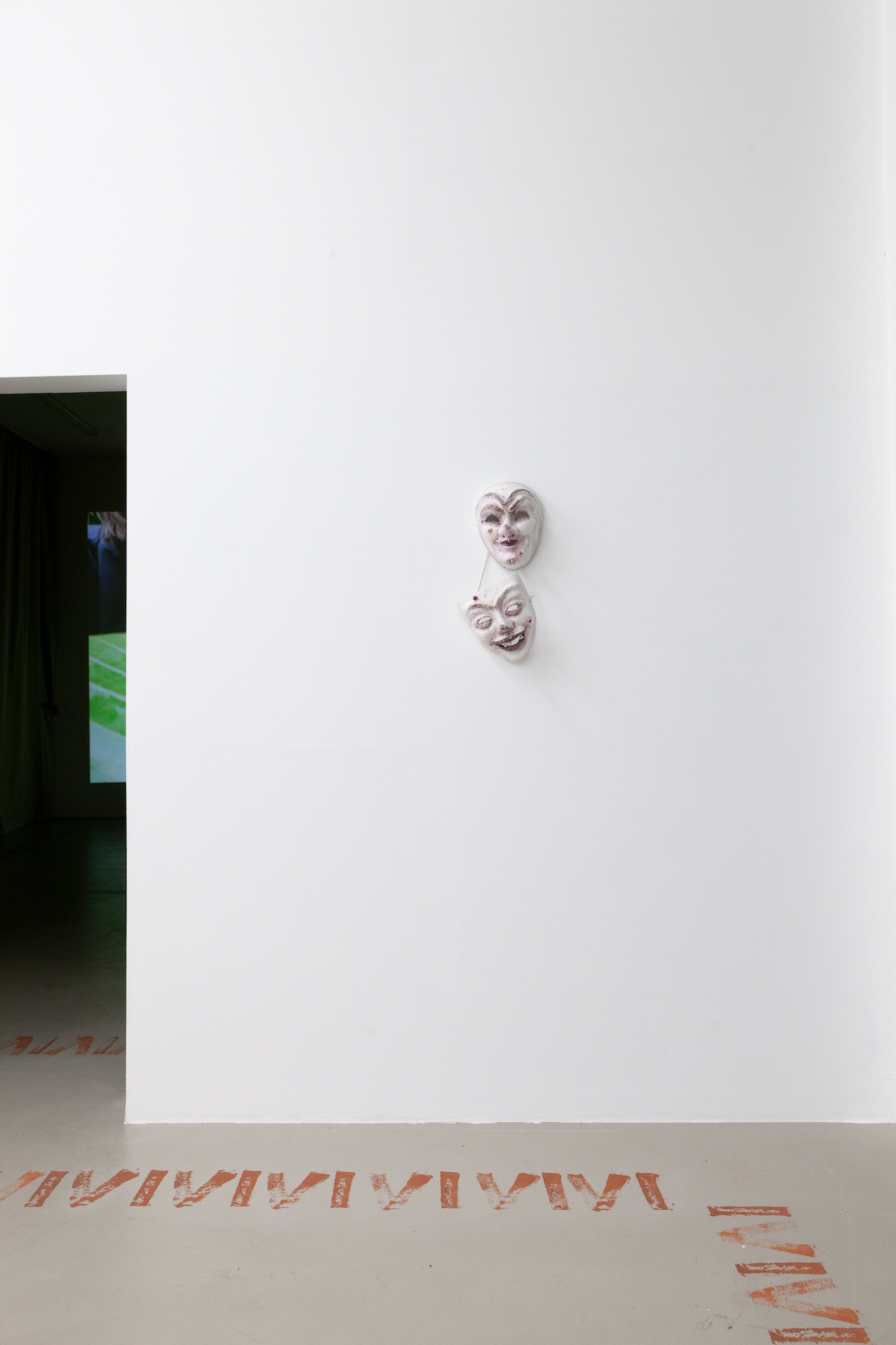 Along with the desire to know, there is, if one follows Lacanian theory, also the passion of not-knowing and ignorance. Conceived as an absence that cannot be localized, the exhibition is enveloped in a question mark. The interior and exterior begin to blur; moments of mind and installation are sublated into one. As materializations and externalizations come to appear necessary on an individual level, there is also the inescapable questioning of their worldly meaning.

In his solo exhibition Metaphors and Mutations at Kunstverein Nürnberg, which the artist developed as a recipient of the Marianne Defet Malerei Stipendium, Veit Laurent Kurz takes a stronger conceptual turn and reflects on his relationships to the environment. Though he continues to develop his existing interests in technology—the magic of our times—and metabolic cycles, he also emphasizes the possibilities of entering and exiting his immersive scenes.

The entire exhibition proves to be an installation-system of thoughts and material generated by the artist’s previous travels. This momentary result of virtual and physical reciprocities is manifested in the loosely connected components. The titular film combines material shot in Pompeii and Hawaii—Kurz’ most recent travel destinations—with found footage of a volcanic eruption. As a machine for refinement, following the artist’s dramaturgy, this ecological sphere out of kilter processes the fecal matter previously extracted from the Kunstverein’s toilets in many different stages. Activated in this way, the resource responds to previous adaptations and, at the same time, styles itself as a vital future source.

The previously extracted veins are channeled through ruinous enrichment towers, which seem like the first stage of processing in an ongoing system of refinement. They are directed through a form of tent-space which envelops the otherwise transparent exhibition space and enshrines the paintings produced during his travels. This filter channels the energy extracted into the video room, where one finds a single, eccentric piece of seating. It is ultimately an abject volcano sculpture, which completes the alchemical transformation of the processed material into the herbal extract “Herba IV.” Figures rally around the mountain where the new substance is drawn off. These no longer or not yet human creatures consume the product whose effects are unnamed but seem to be salutary, hallucinogenic, or even performance enhancing.

The generic images, tools, and objects that Kurz draws on can also be found in contemporary consumer capitalism, where internet ‘readymades’ have long been pervasive, and whose horizon constantly oscillates between escapism, esotericism, and (neuro-)enhancement. Throughout the space, factual and invented narratives are woven together with these aspects to create externalized imaginations. As contemporary condensations into form and openings towards formlessness, which negotiate control and its loss as well as the eternal metabolisms of life and decay, Kurz’ practice implicates an enchantment by technology, the impressions of the open system of his whole environment, as well as obsessions rendered bright as day. He confronts these with a certain absence, in so far as the inner and the outer become one. 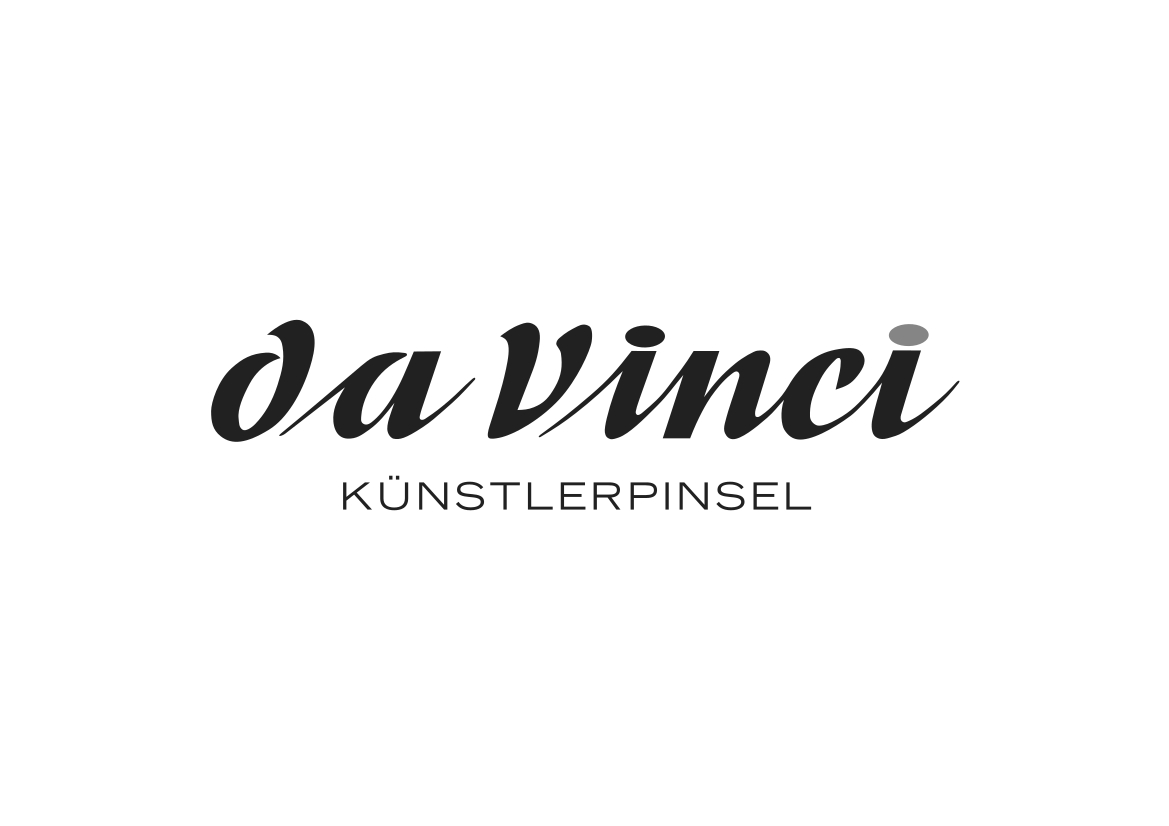 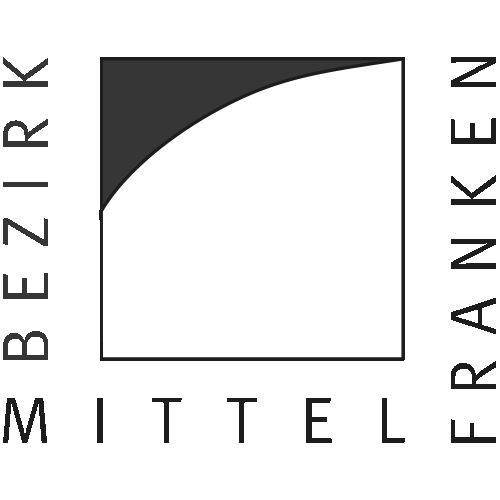 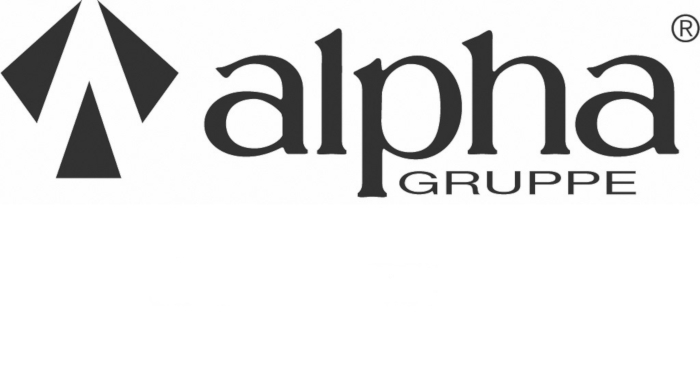